Here comes the story of Emmeloord

Emmeloord is a place in the Noordoostpolder.
The North East Polder in The Netherlands.
Three metres under the sealevel.
There are about 43,000 residents.
Before September 1942 it was water.
Now it is surrounded by dikes.
It took a long time to pump all the water out.
All the villages were made at the drawingtable.
Sometimes I think the people too!
But...I live here since 1950.

Emmeloord is the nerve centre of the municipality of Noordoostpolder. Ten village nuclei surround it in an orderly circle. Anti-clockwise from north to south: Rutten, Creil, Bant, Espel, Tollebeek, Nagele, Ens, Kraggenburg, Marknesse and Luttelgeest.
First to remove a misapprehension. The North-East-Polder and the municipality of Noordoostpolder are two different things.

The municipality of Urk is also situated in the North-East-Polder. The municipality of Noordoostpolder consists of the central nucleus of Emmeloord with the ten village nuclei and the former island of Schokland. You can also disabuse yourself of another misapprehension: the municipality of Noordoostpolder is not largely dependent on the agricultural sector. Of course agriculture thrives where the soil is fertile enough. Only 27 per cent of the labour force is employed in agriculture. Thirty years ago the figure was 60 per cent. The new driving forces behind the local economy are business services and industry.

The first reclamation plans were drawn up in 1932. On Friday 13 December 1940, at 1.13 p.m., the southern dike was closed ten kilometres outside Urk. The layout of the North-East-Polder came in for considerable thought. Should there be a central nucleus with five towns? Or perhaps 45 hamlets? The ten-village structure was selected in 1948, with Emmeloord as the connecting factor.

Couldn't everybody have lived in Emmeloord? Yes, they could have, but the urban planners of the 1940s had some rather idiosyncratic ideas on that topic. The farm workers were not to live in the central nucleus; they should be within cycling distance of the farms. So you can regard the map of the municipality of Noordoostpolder as a historic document. 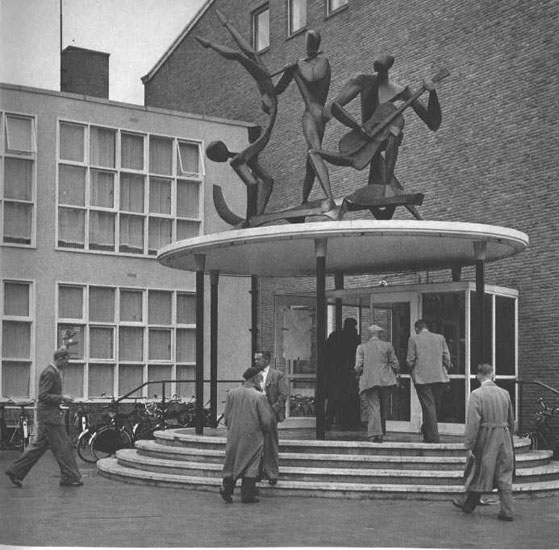 The ten village nuclei have had a fine history. But do they also have a future? The local councils and the Province of Flevoland are doing everything possible to keep the facilities in the small residental communities up to standard.
The designers-the Board of Wieringermeer (North-East-Polder Works) and a number of private firms of architects- thought at the time that

the villages would attract enough inhabitants to keep their own schools, churches, sport fields and a council building going. Each village was given three schools: one normal and two special schools.
The planners had not counted on mechanization in agriculture and the coming of industry to Emmeloord. So many of the inhabitants moved to the city in the late 1950s.

The seventy-metre Poldertoren stands on the Deel, the city square in the heart of Emmeloord. A beacon in the polder scenery, which can seen from afar. Another typical element is the broad urban canal.

The pedestrian shopping promenade, more than fifty schools and various types of further education (such as the Landbouwpraktijkschool, Agricultural Practice School), the Doctor J.H. Jansen Hospital, the Schouwburg (civic theatre) and many sporting facilities make Emmeloord a powerfull regional centre. 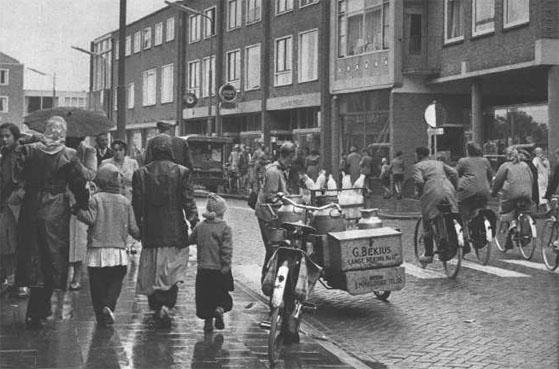